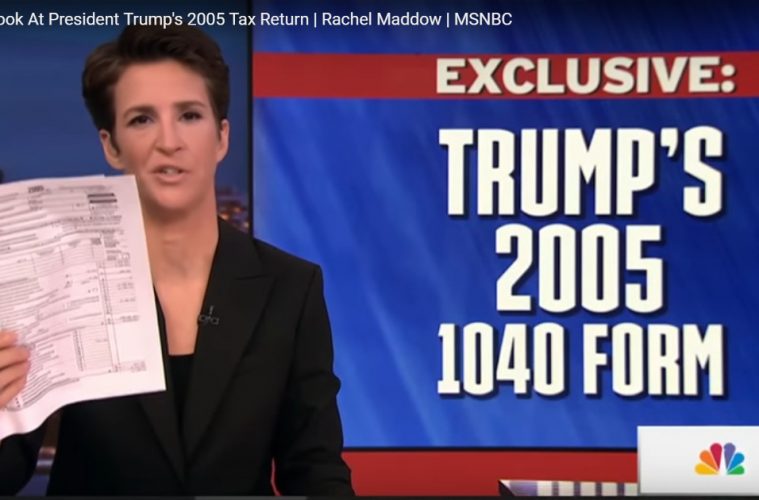 Personal attorneys working for President Trump are weighing possible legal action against the cable news network MSNBC and a private journalist for reporting a portion of the president’s 2005 tax returns, a move the Trump legal staff believes could have violated federal privacy laws, the FOX Business Network has learned.

Legal experts say any case would be a long-shot given First Amendment protections for journalists and an important Supreme Court precedent that dates back to the famous 1971 “Pentagon Papers” case. Trump would also have to show that the journalists were complicit in stealing his tax returns—which both Johnston and Maddow have denied.

“Trump’s lawyers could try and sue but they will get the crap kicked out of them in court,” said veteran white collar attorney Stanley Arkin. “It’s the First Amendment. What are they going to sue them for? Stealing the returns? Nobody made any money out of it. Nobody was bribed.”