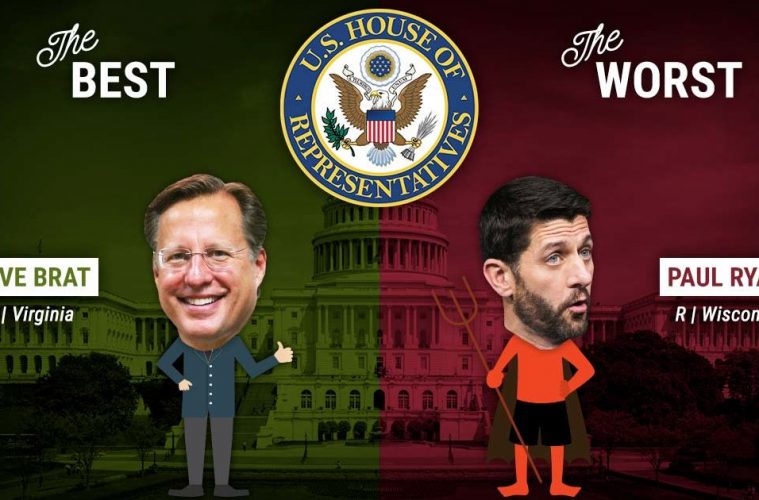 Conservative Review has just released their latest list of “Best and Worst” GOP members of Congress and it’s sure to cause some controversy up on Capitol Hill.

The geniuses behind the Liberty Score have tallied up the points and combined each GOP elected officials public “votes” with what they have to say in the public arena. For the Conservative Review it’s not just the votes that matter… it’s how the elected official leads too.

It’s all too common for a “pragmatic” Republican to try to advance a bad deal or save failing liberal legislation. Past examples include the Gang of 8 amnesty bill, the Manchin-Schumer-Toomey gun control bill, the Wall Street bailout known as TARP, and basically any debt limit or massive omnibus spending bill from the last decade.

Are they speaking out against bad bills? Are they hurting the cause of conservatism with the way they speak or act? Are the encouraging Congress to kill bad bills and conversely, are they supporting good bills?