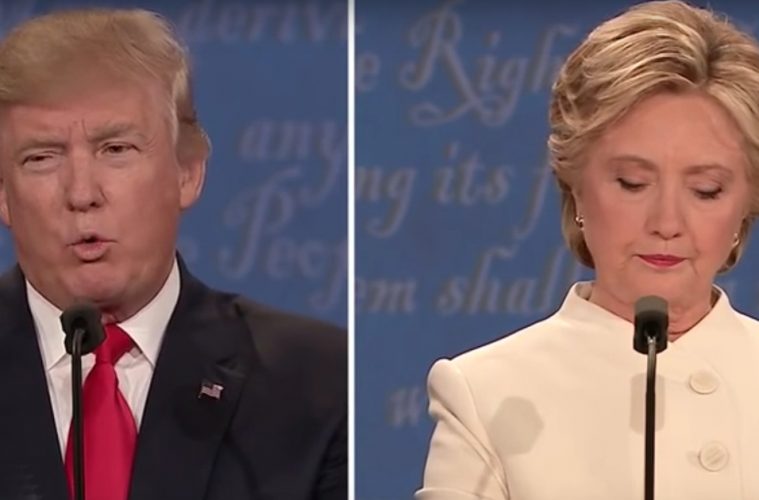 The 2016 presidential campaign was one for the history books for sure. Some of the debates were epic in nature and perhaps impacted the outcome of the election in a way you may not realize.

Look back to the Republican debates featuring the outspoken Donald Trump versus the milder mannered Republican field of candidates. The first republican debate was actually held in August 2015 in Cleveland. It featured the top ten Republican candidates in the polls. Among those were Jeb Bush, Scott Walker, Mike Huckabee, Ben Carson, Ted Cruz, Marco Rubio, Rand Paul Chris Christie, John Kasich and Donald Trump. Nine of the candidates, for the most part, were polite, soft spoken and kept the typically expected political decorum of such a prestigious event. Then there was the one candidate, whom at the time was considered a very distant outsider with little chance of winning, Donald Trump, who came across more brash, harsh spoken and verbally critical of the other candidates and of many of the problems facing America.

The mainstream media instantly began berating Trump for his non-political style and for saying what many Americans felt for so long but didn’t hear any other candidate willing to say publicly. Political pundits far and near all said that Trump’s abrasive style would alienate voters and defeat his chances of getting very far in the election.

Many advised Trump to tone down his mannerisms and style if he wanted to get anywhere. But he didn’t.

In the first debate of 2016, held in January in North Charleston, the field of GOP candidates in the debate were down to seven – Jeb Bush, Ben Carson, Ted Cruz, John Kasich, Chris Christie, Marco Rubio and Donald Trump, Trump continued with his harsh abrasive and outspoken manner. The media and most political experts continued to lambast Trump for his style and he was continually warned to stop if he was serious about being elected. But he didn’t.

Guess, what, they were all wrong!

Just prior to the second presidential debate between Hillary and Trump, Professor Maria Guadalupe, an associate professor of economics and political science at French business school INSEAD, began to wonder what would happen if roles and manners were reversed.

In late January, Guadalupe conducted a mock debate in which she switched the gender roles for Clinton and Trump to see what would happen. When the female debater became the brash aggressor, she was favored over her male counterpart.

When their mock debate featured a female version of Trump and male version of Clinton, they were surprised at what they learned. Professor Joe Salvatore from NYU, commented:

“People were really able to see the techniques that Trump was using. The repetition of a certain idea. The simplicity of a message.

“One audience member described the Trump message as she was able to hear it as hummable lyrics, while Clinton may have had well-researched information, but there was no hook.”

Guadalupe said the mock debate may have revealed why Donald Trump pulled off one of the greatest upsets in American political history. Through all of Trump’s harsh and alleged abrasive personality, people listened, remembered and supported him. Part of his surprising victory was his message and evidently part of his victory was also his personality.