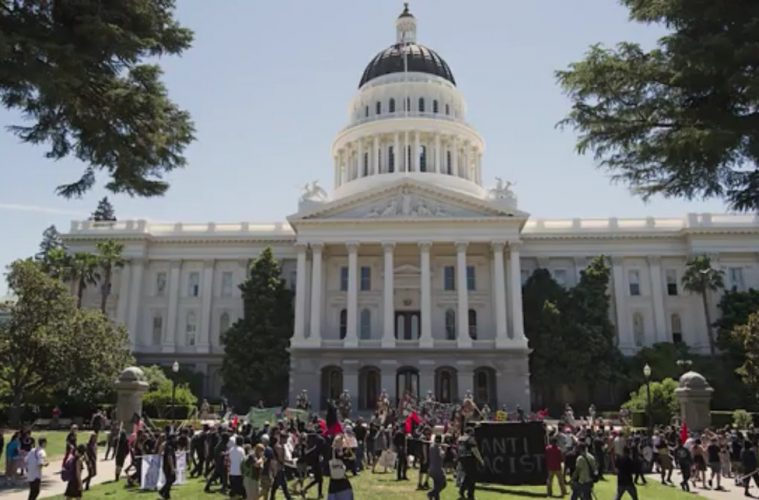 Last summer, a neo-Nazi group obtained a permit to hold a rally at the California State Capitol in Sacramento. On the day of the rally, members from an anti=-fascist group showed up and tried to break up the rally. A huge fight occurred and now the California Highway Patrol has concluded its investigation and has recommended a number of criminal charges be filed against over 100 people.

The California Highway Patrol is recommending charges against 106 people after completing an investigation into a June melee on the grounds of the state Capitol.

The CHP issued a news release Wednesday announcing that it has forwarded a 2,000-page investigative report and several hours of video footage to the Sacramento County District Attorney’s Office. Prosecutors will consider 514 misdemeanor and 68 felony charges involving 106 people. The charges include unlawful assembly and assault with a deadly weapon.

The violence erupted June 26 between a small group of neo-Nazi demonstrators affiliated with the Traditionalist Workers Party, who had obtained a permit to hold a rally in the west area of Capitol Park, and members of a group called Antifa, which describes itself as anti-fascist. Antifa did not have a permit and showed up to disrupt the neo-Nazi rally.

Fourteen people were injured, some of them stabbed. The violence also resulted in thousands of dollars in property damage on Capitol grounds, according to the CHP news release.