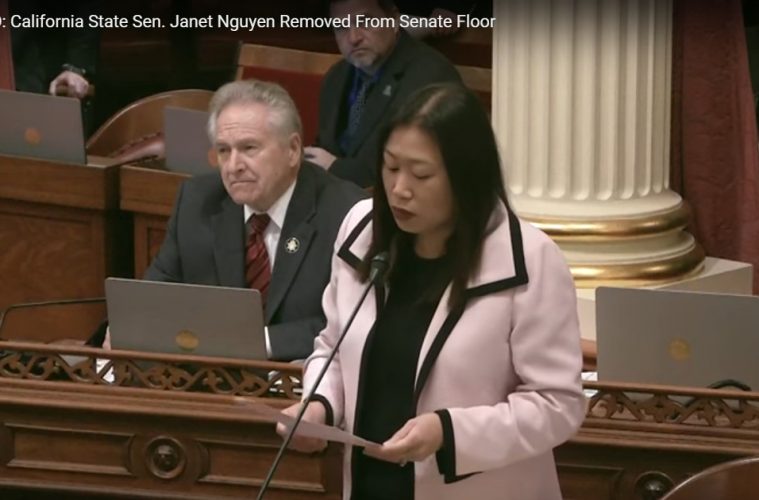 Democrats in and out of politics believe that the 1st Amendment right of free speech only applies to them and not to those who hold different views. This was event in the California state legislature when Sen. Janet Nguyen, a Vietnamese Republican was ordered to shut up and sit down while she was speaking on the state Senate floor. Hundreds of Vietnam veterans and Vietnamese constituents protested at the state capital, demanding a public apology.

A California Republican state senator removed from the chamber floor during a recent speech critical of anti-Vietnam War activist Tom Hayden is calling for a public apology from the leader of the Democrat-controlled Senate.

“My voice is my constituents’ voices. And when I cannot speak, they are the ones who are silenced,” state Sen. Janet Nguyen told Fox News on Monday. “They deserve the apology.”

Her late-February floor remarks were delivered two days after the Senate held a celebratory memorial for Hayden, a student radical in the 1960s who helped organize protests against the war. He later was elected to the state legislature and married actress Jane Fonda, becoming an elder statesman of the country’s left. Hayden died in October.