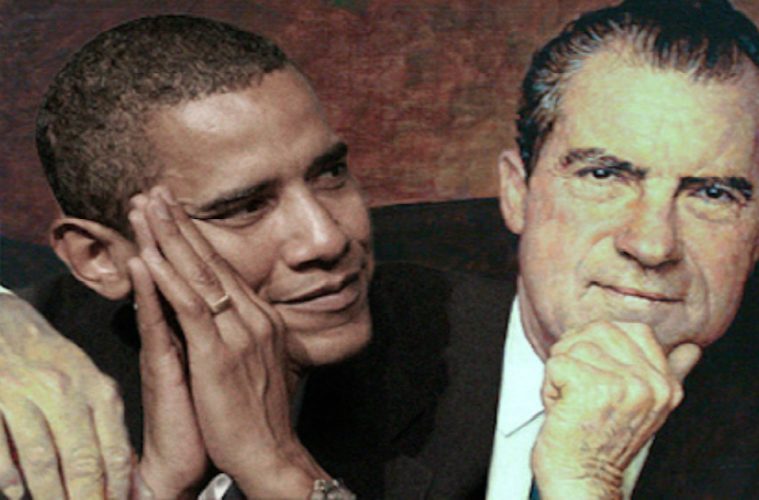 It Seems Beyond Question That Obama DID Wiretap Trump’s Campaign

On Saturday morning President Donald J. Trump put a bee in the media’s bonnet by tweeting how shameful it was that Obama tapped his phones during the late campaign for president. It set off two full days of liberals acting shocked and outraged that Trump could say such a thing, got the media to covering for Barack Obama, and spurred weak kneed RINO Republicans siding with the left in attacking Trump. So, what of all this? Thus far, anyway, it seems completely true that Trump is right. Obama did spy on candidate Trump.

The media went into a feeding frenzy on Saturday morning when President Trump tweeted out his accusation.

Terrible! Just found out that Obama had my “wires tapped” in Trump Tower just before the victory. Nothing found. This is McCarthyism!

He followed that up with several more on the issue.

Is it legal for a sitting President to be “wire tapping” a race for president prior to an election? Turned down by court earlier. A NEW LOW!