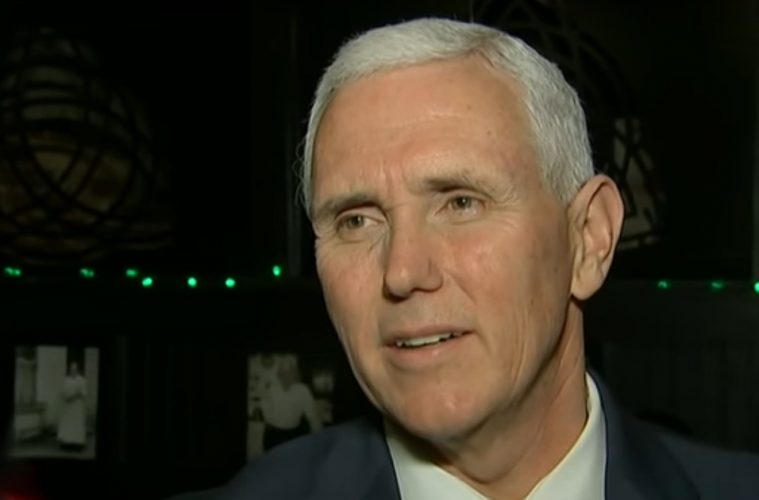 Liberals are looking for everything and anything they can use to bring down Donald Trump and everyone in his administration. They thought they discovered dirt on Vice President Mike Pence because he used a personal email, that was hacked, while he served as governor of Indiana. However, it was not against the law for Pence to use his personal email, so there really isn’t any =scandal and CNN reported that it’s ‘no comparison’ to the email scandal of Hillary Clinton.

Vice President Mike Pence defended his use of a personal email account to conduct state business while he was Indiana’s governor, saying “there’s no comparison” between his situation and the controversy surrounding Hillary Clinton’s use of a private email server that rocked the 2016 presidential campaign.

“There’s no comparison whatsoever,” Pence said following an event he did with House Speaker Paul Ryan in Janesville, Wisconsin, when asked about whether his situation gave him any sympathy for the Democratic presidential nominee.
Pence used a personal email when he discussed issues like the resettling of Syrian refugees and other matters on an AOL account that was hacked in a phishing scam, according to emails released Thursday.
In one September 2014 exchange, Pence asked his then-homeland security adviser John Hill for an “update of the investigation in Columbus (Indiana) following the vandalism … to area churches … Including the church I grew up in.” In another email from November 2015, Pence asked his communications staff to promote an op-ed from then-Sen. Dan Coats about Indiana’s fight to bar Syrian refugees from settling in the state.
Read More Here