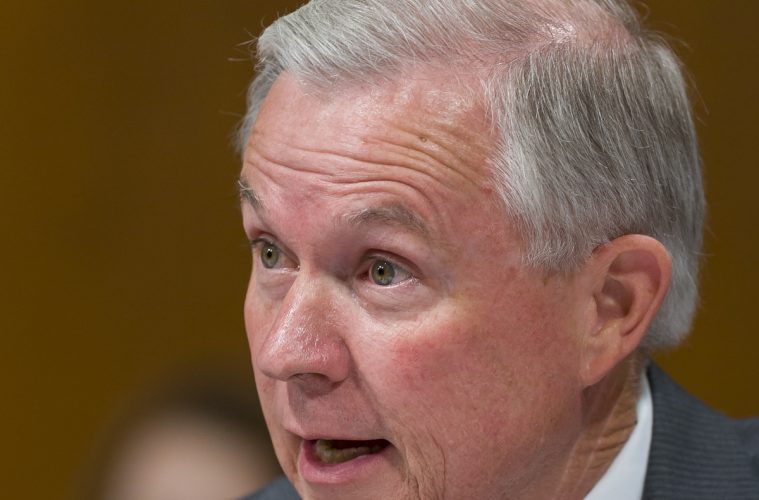 Under accusations that he lied or mislead Congress, Attorney General  Jeff Sessions has recused himself from any Justice Department probes involving Russia’s role in hacking or influencing the election. He continues to deny that he intentionally lied or misled Congress.

Attorney General Jeff Sessions announced Thursday he will recuse himself from “any existing or future investigations” regarding the 2016 presidential campaign, responding to bipartisan pressure to step aside from a probe into Moscow meddling amid revelations he spoke twice with Russia’s ambassador and didn’t disclose it to Congress.

In a press conference Thursday afternoon, Sessions pushed back forcefully, however, on allegations he misled lawmakers. Though he testified during his confirmation hearing that he had no “communications” with Russia during the campaign, when he was a top surrogate for then-candidate Donald Trump, Sessions defended his answer as “honest and correct.”

“I never had meetings with Russian operatives or Russian intermediaries about the Trump campaign,” he said.

Sessions said he did not intend to mislead anyone, suggesting he was referring in that hearing only to discussions about the campaign. Still, Sessions said he would write to the Senate Judiciary Committee to “explain this testimony for the record.”