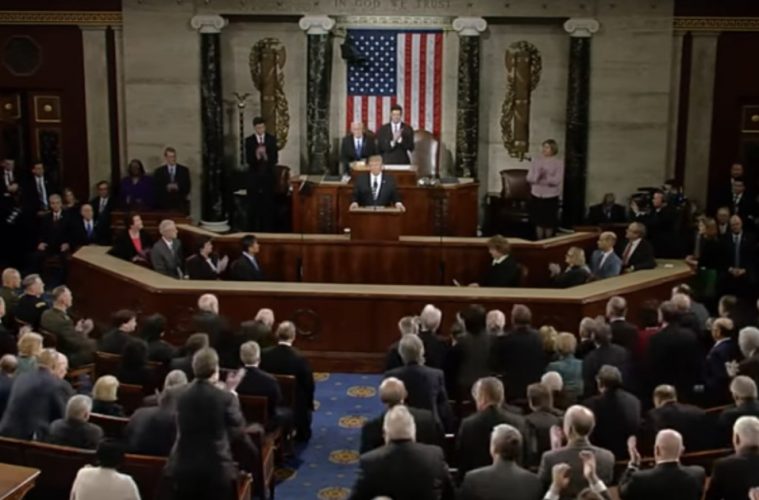 After five-plus weeks of gleefully setting the Washington establishment ablaze and declaring a new war with virtually every public utterance, Mr. Trump took the radical step on Tuesday night of delivering a soothing comfort food of an address to a jittery Congress and skeptical public.

For the first time since his swearing-in in January, Mr. Trump seemed to accept the fetters of formality and tradition that define and dignify the presidency. And while he touched on all of the hard-edge elements of the economic nationalist agenda that has impelled his executive orders and calls for “revolution,” Mr. Trump brandished a blunter rhetorical ax and, for once, delivered on his promise to speak the Reagan Republican dialect of optimism and reconciliation.

Why the sudden shift? Numbers. Mr. Trump’s approval rating is the worst for any new president in recorded history — between 38 and 50 percent at a time when many presidents are in the 60s. Slamming the news media or pro-Obamacare demonstrators energizes his base, but it’s hard to move much higher in the polls without making a less partisan pitch.