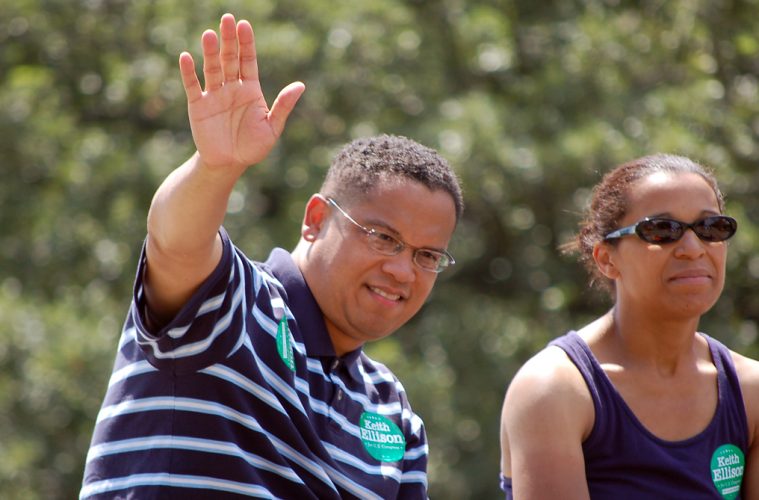 After the scandal last year that forced Rep. Debbie Wasserman Schultz to resign as chairwoman of the Democratic National Committee, Democrats began establishing their pecking order with the final two top spots coming down to the first Muslim member of the House, Rep. Ellison and former Obama Labor Secretary Perez. After the votes were counted on Saturday, Perez came out the victor and now some are wondering why or how, Ellison lost the bid to head the DNC.

The Democratic National Committee was bracing for a backlash if Thomas Perez won its chairmanship, and it got one. In the AmericasMart meeting room where Perez defeated Rep. Keith Ellison (D-Minn.), nine protesters from Democracy Rising carried out quite the protest — chants of “party of the people, not big money” as Perez and outgoing interim DNC chair Donna Brazile gritted their teeth. Writers on the left, including Nathan J. Robinson, Matt Bruenig and Corey Robin, were quick to ask whether the Democratic establishment had a death wish.

“The left should focus its energies on organizing under alternative institutions that, if they engage with the Democratic party at all, only do so in order to attempt hostile takeovers of various power positions,” Bruenig wrote. “Only a sucker would do more than that, given what the party has just shown itself to be about at this time.”

As one of just two reporters who went to every DNC forum — the other was Nomiki Konst, a Young Turks reporter who will also serve on the DNC’s “unity commission” to change the primary system — I saw angst about this reaction building for weeks. I also saw why 235 DNC members decided to back Perez. Had the race been shorter, Ellison might well have won. But a few converging factors blunted his momentum — and they weren’t the factors that got the most coverage.