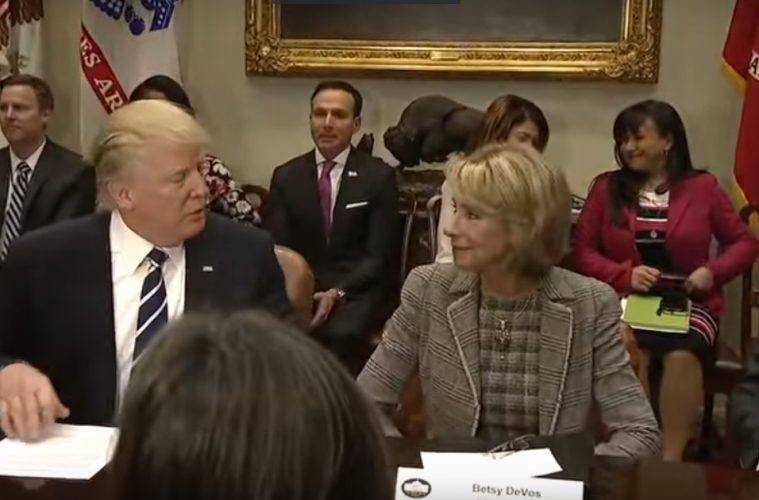 Past of Barack Obama’s plan to destroy America and American values was to extend federal preferential protection of transgenders over the rights and protection of normal citizens. DOE Sec. Betsy DeVos supports Obama’s pro-transgender policy, but President Trump is using his authority to override DeVos.

Donald Trump’s education secretary opposed changing President Barack Obama’s pro-transgender policy, according to a report in theNew York Times, even though Obama’s rules would have exposed the nation’s single-sex institutions and civic groups to crippling lawsuits by gay advocacy groups.

But Attorney General Jeff Sessions prevailed in the closed-door dispute, and with aid from Trump, persuaded Education Secretary Betsy DeVos to support a reform of the Obama’s pro-transgender policy.

The reform, which may be unveiled tomorrow, will junk Obama’s May 2016 directive which effectively declares that children can change their sex by simply declaring they have the “gender identity” of the other sex. That rule, if imposed nationwide by judges, would give federal police power to the nation’s small population of “transgender” men and women, and would prevent Americans from assembling in single-sex groups and institutions — such as athletic leagues and shower rooms — or from expressing their preference for single-sex institutions.