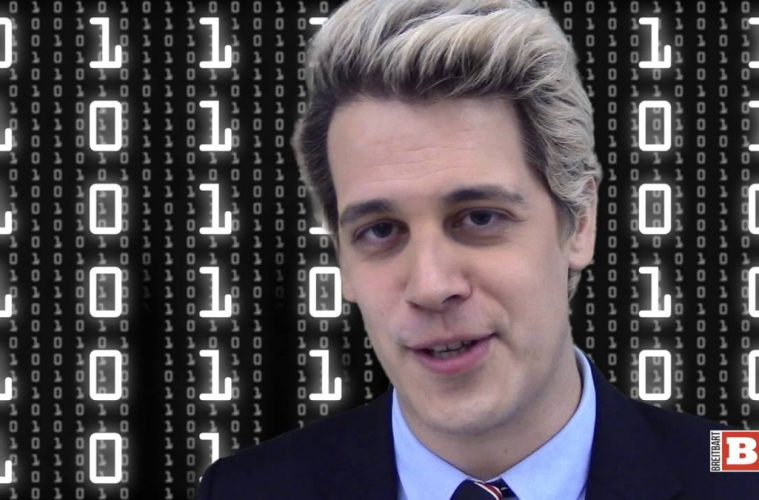 Milo Yiannopoulos was surprisingly scheduled to speak at the CPAC until comments he made about pedophilia surfaced. Not only was he uninvited from CPAC, but now he has resigned his position as editor at Breitbart and will probably have a very difficult time getting anyone to market his new book.

Milo Yiannopoulos, the incendiary writer and commentator who helped make Breitbart News a leading organ of the “alt-right,” resigned from the news organization Tuesday after a video of him endorsing pedophilia resurfaced online over the weekend.

Yiannopoulos — known simply as MILO in Breitbart’s own coverage of him — has been a flame-throwing provocateur whose writing has offended women, Muslims, blacks and gay people ever since former Breitbart executive chairman Stephen K. Bannon hired him as a senior editor in 2014.

Bannon, now President Trump’s senior adviser, championed the British-born Yiannopoulos’s inflammatory commentary and promoted him as a conservative truth-teller and champion of free speech. In turn, his popularity helped raise Breitbart’s profile among Trump’s supporters and the “alt-right,” a vaguely defined collection of nationalists, anti-immigration proponents and anti-establishment conservatives. Adherents of the alt-right are known for espousing racist, anti-Semitic and sexist points of view.

“Breitbart News has stood by me when others caved. They have allowed me to carry conservative and libertarian ideas to communities that would otherwise never have heard them,” Yiannopoulos said in a statement. “They have been a significant factor in my success. I’m grateful for that freedom and for the friendships I forged there.”