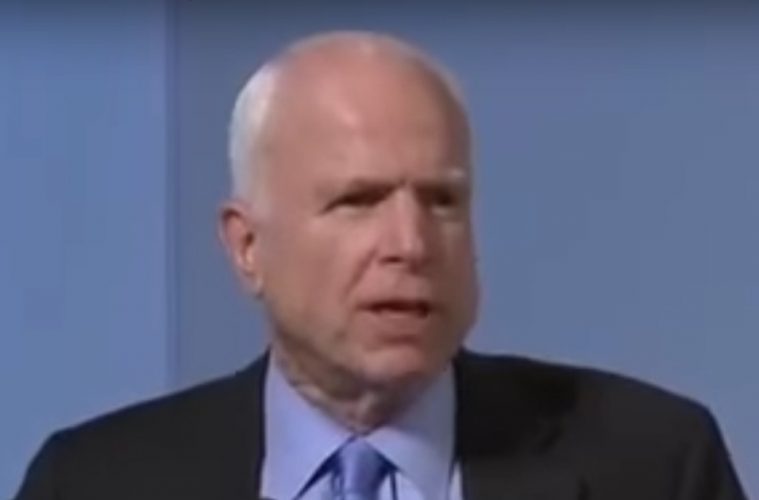 McCain III, followed his family profession and graduated from the US Naval Academy in 1958, soon becoming a Navy pilot, flying off of aircraft carriers.

In many war films, there is footage of a huge fire on board an aircraft carrier. The footage was taken in 1967 aboard the USS Forrestal when a Zuni rocket was mistakenly discharged by an electrical problem. The rocket landed on the deck and exploded, setting off a chain of explosions and fires that killed 134 sailors and injured 161 more. Among the injured was McCain III, who was nearly killed, but survived and returned to active duty, flying missions in Vietnam.

In October 1967, McCain III was flying a bombing mission over Hanoi, North Vietnam when his plane was shot down and McCain was severely wounded. He was captured and spent the next five and half years in a North Vietnamese prisoner of war cell, cage and camp. He was tortured and his captors tried repeatedly to force him to denounce the United States and their war in Vietnam, but McCain III remained strong and loyal, never betraying his country.

McCain III obtained his freedom in 1973 and eventually retired from the Navy in 1981 at the rank of captain. He was and still is, hailed as a war hero from his experience in Vietnam. He has always seemed loyal and patriotic to the United States, until recently.