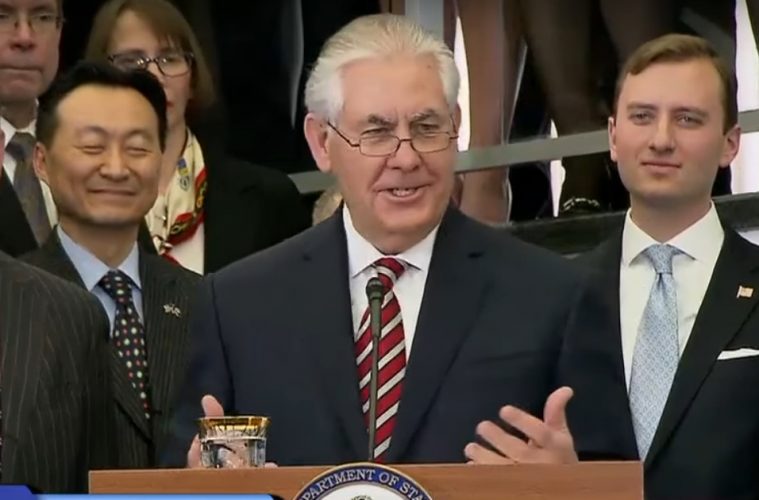 Newly confirmed and sworn in Secretary of State Rex Tillerson has been a very successful businessman who recognizes unnecessary and excess staff. In a move to that is sure to rattle and shake up many in the State Department, Tillerson has begun to weed out excess staff. He is ending some jobs and reassigning others.

The State Department under Rex Tillerson, who has been among President Trump’s least visible Cabinet officials and is still lacking much of his senior staff, is undergoing further shrinkage in its upper echelons, according to current and former U.S. officials.

Kristie Kenney, a three-time ambassador and career Foreign Service officer who has served as State Department counselor for the past year, has been told that her services are no longer needed in that job and that her staff is to be reassigned. The offices of counselor, who provides strategic guidance to the secretary, and the empty slot of deputy secretary for management may not be filled, officials said.

Thomas Shannon, Kenney’s predecessor as counselor and now the undersecretary for political affairs, is expected to become acting deputy secretary for policy until someone is permanently approved.