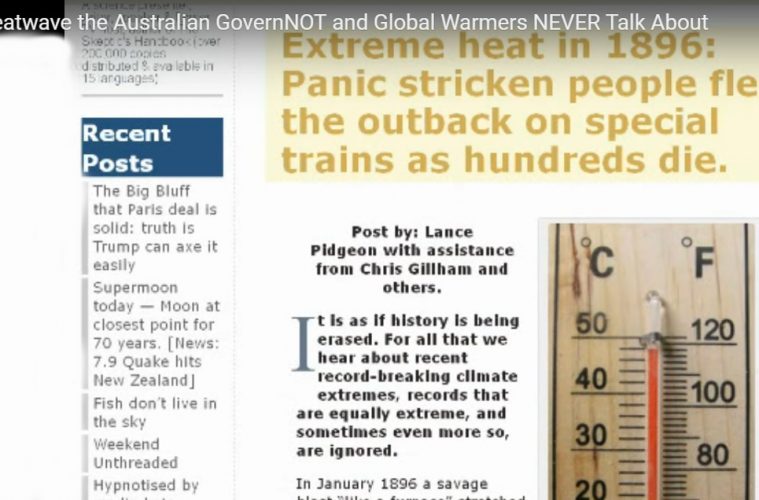 There is no doubt that the overall temperatures around the world are getting warmer, but historical truths debunk the concept that it’s all due to modern industrialization and air pollutants.

To begin with, one has to realize that the Genesis Flood took place about 4,364 years ago. The mechanics of the Genesis Flood would have created the perfect scenario and conditions that led to the Great Ice Age, which probably started forming about 15-200 years after the Flood. The Ice Age lasted about 500 years. That means that for the past 3.664 years, the earth has been slowly and steadily warming up, melting the ice sheets and glaciers that covered much of North America, Europe, Russia and Greenland. Those remnants of those glaciers and ice sheets are still receding.

Knowing this basic fact, then realizing that during the past several thousand years, the temperatures around the earth have been very cyclic, with warm and cold trends that fluctuate from time to time, just as the infamous hole in the ozone layer has been found to fluctuate in size over time, getting larger and smaller and so on.

If the global warming aspect of climate change was purely due to much of today’s modern industrialization and air pollutants, then how does one explain the global heat wave that occurred in 1896 or the fact 2013 was one of the coldest years on record of that from 1996 to 2013, there was a 17-year period where there was no global warming?

In 1896, the entire earth was hit with a record heat wave the killed many hundreds of people.