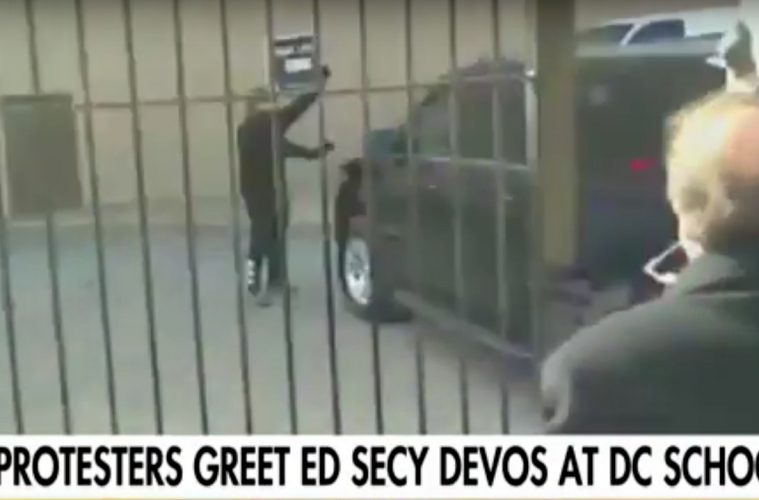 Liberals protested against the confirmation of Betsy Devos as Trump’s Secretary of Education. Now that she has been confirmed and sworn into office, she is trying to do her job by visiting public schools in the Washington DC area. However, Protesters tried to block and prevent her from entering the school. Firs they complain she has no experience and now they are preventing her from getting the experience and knowledge they want her to have.

DeVos later made it into Jefferson Middle School Academy in Southwest D.C. for her first visit as secretary to a public school. This was only after a teacher/parent “vigil” blocked the road by the front entrance, and a handful of Black Lives Matter protesters caused problems when DeVos tried to enter through the back entrance.

Protesters shouted “shame, shame” at the secretary as she was led back into her vehicle. One holding a Black Lives Matter sign then stood in front of the van, but was scolded by fellow protesters to “let her leave,” and he stepped aside.