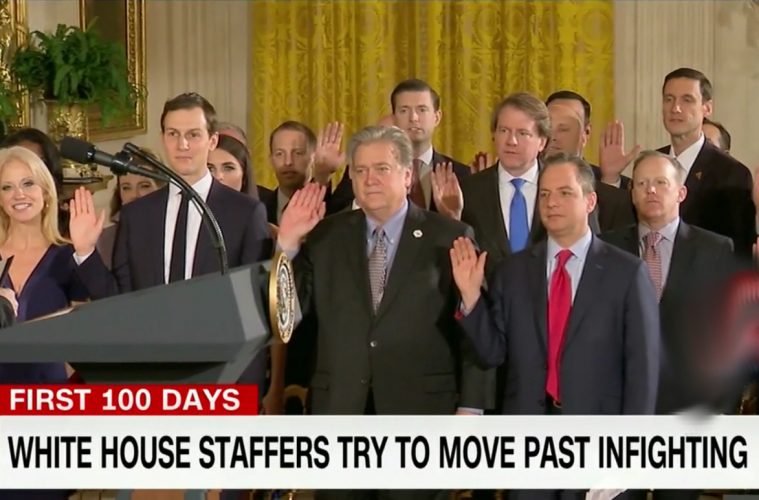 In the first couple of weeks of President Donald Trump’s administration, Trump has been busy taken unpopular actions to fulfill his campaign promises. Not only are liberals throughout the nation upset over Trump doing the right things, but there appears to be some turmoil among his White House staff.

As President Donald Trump’s White House attempts to embark on a period of order and discipline, many in Washington are greeting the news with a collective eye roll.

At the start of Trump’s third week in office, top advisers are trying to move beyond the infighting and feuds inside the West Wing, which have alarmed Republicans and official Washington far more than the President himself.
White House chief of staff Reince Priebus is asserting more authority to run things, administration officials say, in hopes of trying to “keep things running smoothly” after a rocky — and active — first two weeks.
The administration has privately pledged to do a better job of keeping relevant government agencies and congressional allies in the loop when rolling out executive actions and legislative priorities — a far cry from the sloppy implementation of Trump’s travel ban. That experience left aides cringing at the public beating they were taking, and personally irritated Trump.
Read More Here