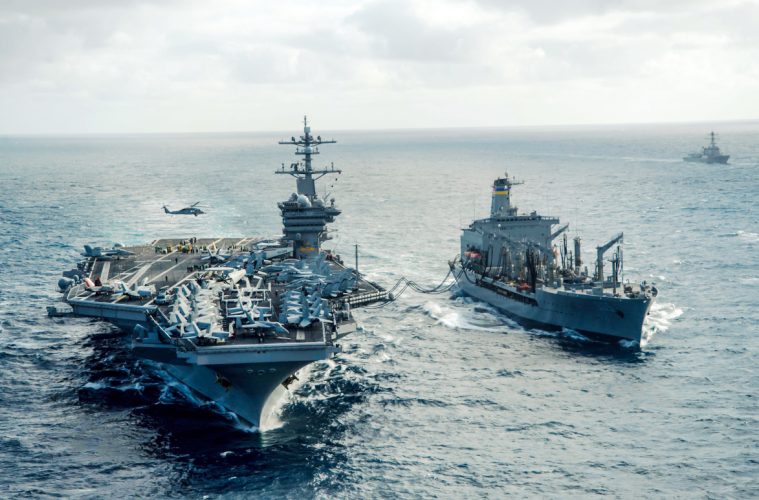 Tensions between the United States and China have heated up since Donald Trump was sworn into office two weeks ago. China is trying to expand their territory into international water and Trump has told them to stop. In addition to China holding over $1 trillion of US debt, now we learn that the US military relies on a number of components for critical defense equipment. What happens if China and US go to war?

Candidate Donald Trump promised to bring jobs back to America, rebuild our military, and on trade get tough with China, which he said was “raping” our economy. President Trump may find his administration the victim of exactly the job-exporting policies he railed against and face the very real possibility that China could cut off U.S. access to 17 rare materials vital to our advanced aircraft and guided missile systems.

Among major U.S. military projects imperiled by a potential China squeeze play is a $340 billion Navy program to create new, Columbia-class nuclear submarines, and a new electro-magnetic aircraft launch (EMAL) system, which the Navy hopes to use for catapults that launch planes from aircraft carriers.

The 17 materials, known as rare earth elements (REE), are essential to the production of the high-performance permanent magnets used in both those systems, as well as in motors and missiles, GPS systems, satellite imaging, night vision goggles, and consumer products like smartphones and flat television screens. And for precisely the reasons Candidate Trump cited for the decline of American manufacturing and the loss of U.S. jobs, China is now in a position to cut off our supply of processed rare earth elements if it feels Trump is pushing too hard on trade and economic issues—or anything else.