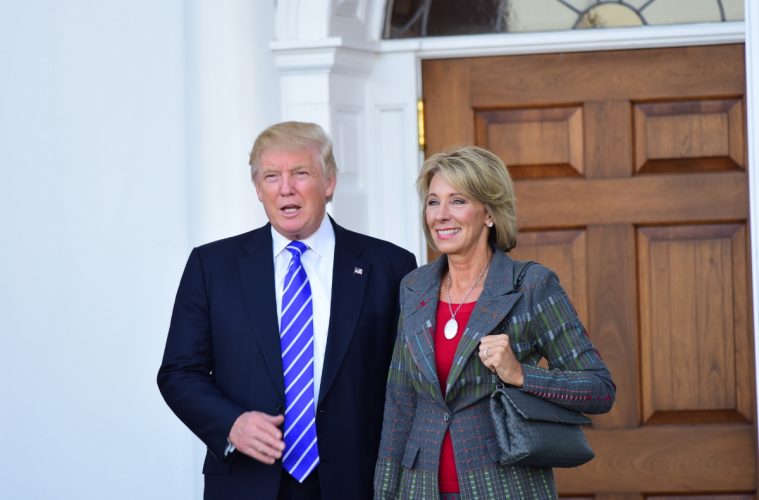 President Donald Trump nominated Betsy DeVos to be the next Secretary of Education, much to the dismay of Democrats. She cleared the Senate Committee by a 12-11 vote (12 Republicans v. 11 Democrats). Her confirmation now moves to the floor of the Senate where all she needs for confirmation is a majority vote.

A Senate panel on Tuesday narrowly voted in favor of President Donald Trump’s nominee for education secretary, Betsy DeVos, sending her nomination to the full Senate for final approval.

All 12 Republicans on the Senate Committee on Health, Education, Labor and Pensions voted in favor of sending her nomination to the Senate floor, while all 11 Democrats voted against. Democrats immediately challenged the vote, arguing that since one of the Republicans – Sen. Orrin Hatch of Utah – voted by proxy, his vote doesn’t count under committee rules, and the outcome was really a 11-11 tie.

Republicans refuted that point and then revoted with Hatch present – over the objections of Democrats, who said another vote could not happen without official notice. Again, the vote was 12-11.

Two Republicans, Sens. Susan Collins, R-Maine, and Lisa Murkowski, R-Alaska, made clear that they have not yet decided how they will vote on the floor, suggesting that DeVos’s confirmation is not yet assured. Democrats are seeking to block DeVos’s confirmation, but they must convince a handful of Republicans to break with the new president.