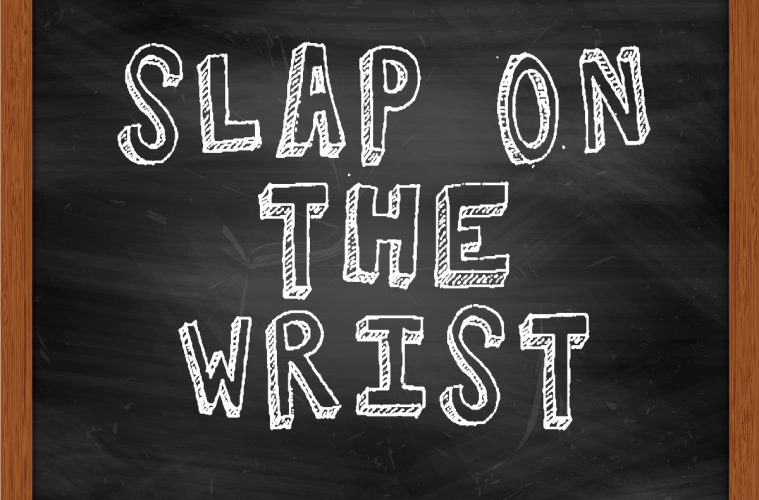 Earlier this month, a fifth-grade student at Lake Mathews Elementary School was discovered to have compiled a ‘kill list’ of fellow classmates he wanted to target. Parents were notified by Principal Pamela Williams that the guilty student had been suspended for 2 days for his ‘kill list’. The letter read in part:

“These types of behaviors are ALWAYS taken seriously by RUSD and therefore we immediately began an investigation, convened our site threat assessment team and notified law enforcement.”

“As a result of this comprehensive process, it was determined that there was, and is, no danger to any of Lake Mathews’ students.”

Parents receiving the letter and hearing about the ‘kill list’ were outraged that the student had gotten off so light for such a potentially dangerous act. They are petitioning the school and district officials to have the 5th grader expelled from school. Some parents are keeping their kids home from school until the district takes stronger action in the matter.

“It’s almost like a slap on the hand. I don’t think it’s enough to demonstrate the severity of the case. How do you get a two-day suspension for writing out two kill lists? It just doesn’t make sense to me.”

Part of the petition being signed by concerned parents, reads:

I contend that this clearly shows the wide disparity of disciplinary procedures taken by the liberal agenda driven public school system. Consider some of these other cases:

In a west Texas school, a 4th grader was suspended for making a terrorist threat. After watching the movie Lord of the Rings, the student took a ring to school and told a fellow student that it would make him disappear. The school considered it to be a terrorist threat of against another person.

A Baltimore 2nd grader was also suspended for two days for being a terrorist. He nibbled off parts of a toaster pastry in an attempt to make it look like a mountain. A teacher thought it looked more like a gun, so the student was labeled a terrorist and suspended.

A Maryland 6th grader was suspended for 10 days for telling his friends on the bus that he wished he had a gun to help protect them from anyone wanting to harm them. The kids were talking about the Sandy Hook School shooting when the boy expressed his desire to protect his friends. The bus driver reported that the boy said he wanted a gun and just like that, the boy was suspended for 10 days – equivalent of two weeks of school.

A Pennsylvania 5-year-old kindergarten girl was suspended for 10 days because of their terrorist threat. While playing with a friend, the girl said that when they got home, she planned on shooting her friend with pink, toy, Hello Kitty gun. The gun shoots soap bubbles. The girl was just being a 5-year-old kid who likes to play and pretend, but the school saw it differently.

A 13-year-old New Jersey boy was suspended for twirling a pencil in his hand. Another student who had been bullying him told the teacher that he made a gun-type threatening gesture at him with his pencil.

Then compare these and the 2-day suspension for the ‘kill list’ with this one:

A seventeen-year-old high school senior had plans on becoming an Air Force Officer. He also loved to go fishing. One day at school, police with a canine unit, were looking through the student parking lot when the dog hit upon the student’s car. Suspecting there were fireworks or explosives, the police searched the car and found the student’s fishing tackle box which he had left in the car by accident. Inside the tackle box was a fishing knife, used to clean fish. Not only was the student suspended, but he was charged with felony possession of a weapon on school campus.

How can one student be suspended and charged with a felony for innocently leaving a fishing tackle box in his car and another student only gets a 2-day suspension for planning a ‘kill list’ of his fellow classmates. Why does a 5-year-old kindergarten girl get suspended for 10 days for talking about playing with a toy bubble-shooting gun and another student only gets 2 days for actually planning harm to fellow students?

There are many serious problems with today’s public school system and these and many other similar incidents demonstrates one of those problems.