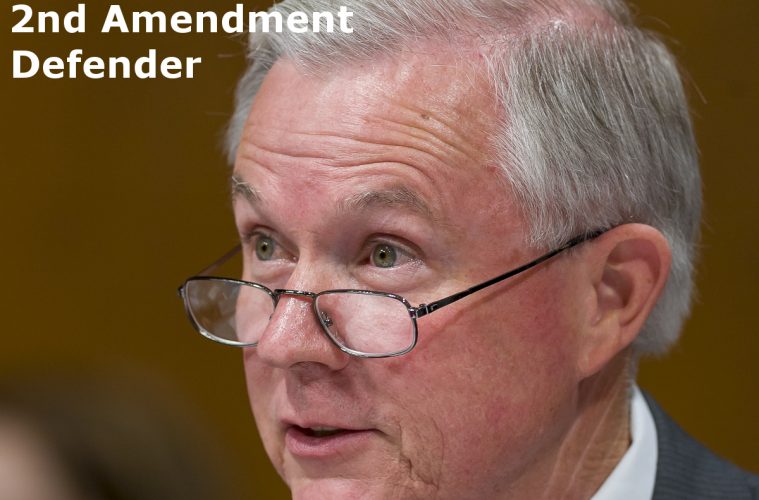 Over the past 8 years, both US Attorney Generals selected by Barack Obama, have been enemies of the American people and 2nd Amendment. They have abused their power for the purpose of their agenda instead of protecting Constitution and laws. Jeff Sessions will be different. He will defend Constitution, laws and 2nd Amendment.

For the last eight years, Americans who care about the Second Amendment and our right to self-defense have faced an administration intent on dismantling those freedoms. The gun control lobby, funded by billionaires like Michael Bloomberg, tried to turn the 2016 election into a referendum on the Second Amendment — and they lost. Now, due in no small part to the efforts of the National Rifle Association and our members, law-abiding gun owners can look forward to a president who respects our rights. In that regard, we should all be happy about President-elect Donald Trump’s nomination of Sen. Jeff Sessions to be the next attorney general.

Eric Holder and Loretta Lynch’s politicization of the Department of Justice over the last eight years will not be reversed overnight. But in Jeff Sessions, we can look forward to an attorney general who will focus the Department’s attention on prosecuting violent criminals and getting them off our streets. He will make our cities and communities safer.

Unlike his predecessors, Sessions knows that law-abiding gun owners are not the problem. He strongly supports our Second Amendment freedoms and will work tirelessly to protect them. This is in marked contrast to Holder and Lynch, who constantly attacked America’s gun owners. Operation Choke Point, for example, was an organized effort to suffocate legitimate firearms retailers by denying them banking services. And who can forget Operation Fast and Furious, the gunrunning probe that allowed thousands of weapons to flow across the border into Mexico and end up in the hands of drug cartels?