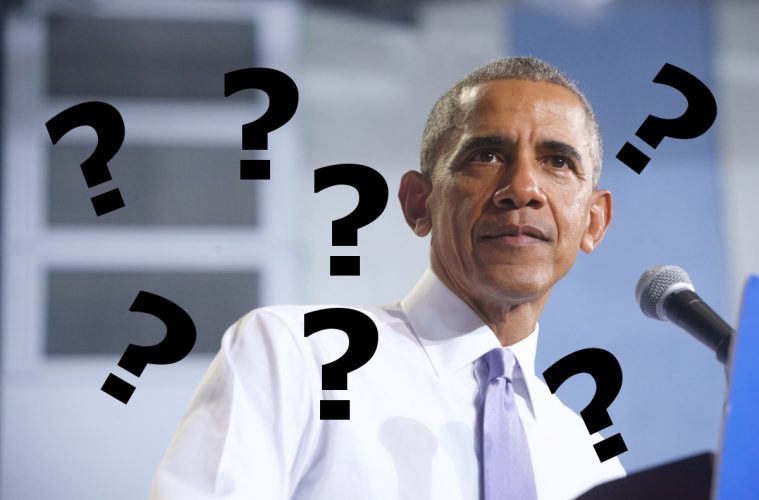 What Will Obama Do in Last 3 Weeks?

During his 2012 re-election campaign, Barack Obama met with then Russian President Dimitri Medvedev. At one point in the meeting, there was a break in their recorded interview and without realizing the camera and microphone were still recording, Obama revealed his promise to further destroy America. He’s also said it several more times, which is a clear indication that the worse is yet to come.

Obama: This is my last election. After my election, I have more flexibility.

Medvedev: I understand. I will transmit this information to Vladimir.

I’ve read a number of commentaries on this exchange and most of them seem to center upon a possible secret deal with the Russians, but Obama’s statement goes much further than that, it’s a warning to Americans as to what will be next.

Over the past four years, we have seen Obama go further than any president before him in violating the US Constitution, breaking federal laws and creating anarchy throughout the nation. He has publicly sided with criminals instead of law enforcement. He has publicly and privately treated many of our military personnel with disdain and condemnation (so has Michelle Obama). He has intentionally escalated racial hatred and violence in America. He has intentionally allowed millions of illegals to enter and remain in the country and even worked to help them vote illegally in last November’s elections.

Looking at Obama’s track record, one has to wonder what the next three weeks will hold in store. What kind of anti-American actions will he take before leaving the White House and moving back to Chicago?

After watching Hillary Clinton lose the White House, Obama has already taken some pretty drastic action to force his anti-American policies on our nation. He purposefully issued more regulations designed to destroy the coal industry along with coal burning electric power generating stations.

In a deliberate effort to leave his liberal mark on America, Barack Obama made two last minute appointments before heading off on what is hopefully his last taxpayer-paid vacation. It angers me that he promised to never take a vacation while serving in the White House and then he takes more vacations in his eight years than I’ve had in my entire life. The number of my vacations have been limited due to the fact that I had to pay for them. Obama regularly jets off to hither and yon to golf and relax, all at taxpayer expense. By the time he leaves office, he may end up spending nearly $100 million on vacations.

Just before jetting off to Hawaii on Air Force One, Obama quietly appointed Debo Adegbile and Catherine Lhamon to six-year terms on the US Civil Rights Commission. Unfortunately, these appointments do not require congressional approval, so once appointed, they serve.

In the past, Obama has vowed to use his executive powers to enact his anti-Second Amendment agenda. At this point, I wouldn’t put it past him to start slapping out a plethora of executive orders, some of which would be to force things like universal background checks, bans on many types of guns and ammunition magazines and even more restrictions on who can purchase or own a gun. He has frequently stated that his inability to pass stricter gun control measures is his greatest disappointment of his time in office.

It wouldn’t surprise me to see some new last-minute executive orders that would give more freedoms and rights to illegal aliens and felons. More regulations to curb coal and oil production and use in the country would not be a surprise either.

Knowing Obama’s complete disregard for the Constitution and laws, nothing would surprise me in his last three weeks in office. The question is not necessarily what Obama will try to get away with, but whether or not Trump will be able to undo the damage Obama creates?