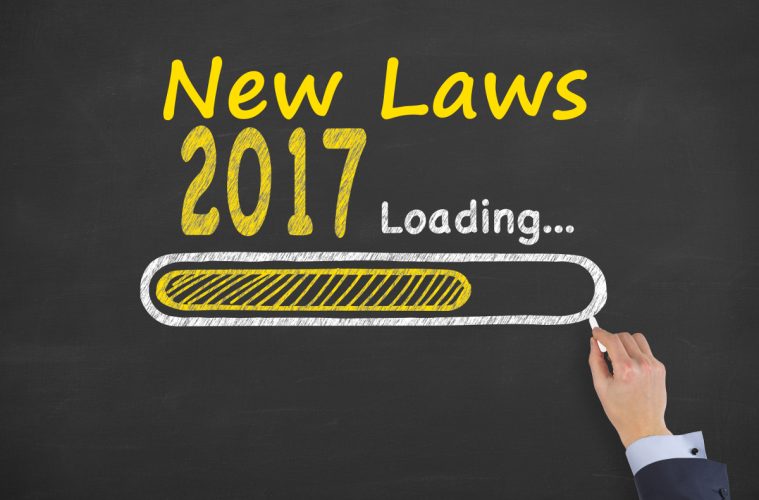 From Gun Control Measures to the Minimum Wage, New Laws for 2017

Hundreds of laws passed in 2016 will take effect across the country Sunday – and some are raising eyebrows.

America is known as the land of the free. Residents of Illinois, however, may need a reminder on New Year’s Day. They’ll wake up with almost 200 new laws to follow, reports CBS News correspondent Tony Dokoupil. They might also consider themselves lucky, however: California passed nearly 900 laws in 2016, many of which go into effect in the new year.

Across California on January 1, it will be illegal for drivers to hold or use electronic devices while driving, reports CBS News correspondent John Blackstone. Smart phones and other gadgets will have to be mounted on the dashboard or the windshield while driving, and drivers must use hands-free technology.

You’ll also be allowed to break into a hot or cold car to save an animal, as long as you call authorities first.