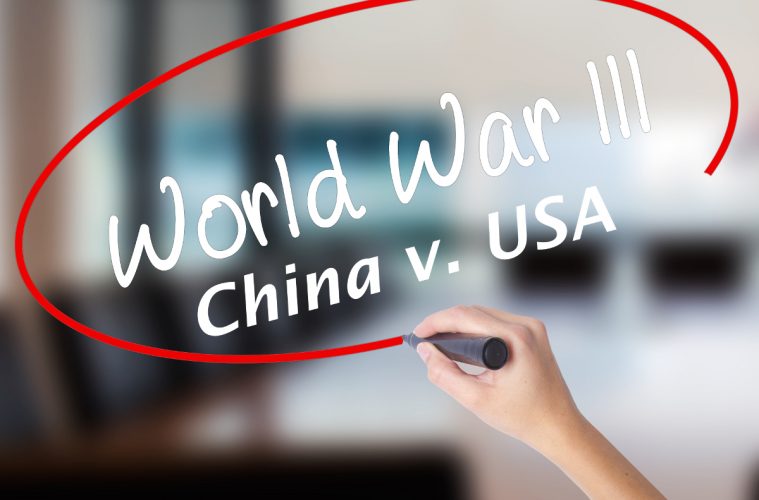 Are US & China on Verge of War?

In the latest move of possible aggression, a Chinese navy ship seized an unmanned underwater drone being used by a US Navy research vessel. The drone, referred to as ‘Ocean Glider’ was being operated by the USNS Bowditch as part of an oceanographic study of water salinity and temperatures at various depths and locations in the South China Sea. The drone was operating in international waters about 50 miles northwest of Subic Bay, Philippines. The drone was clearly marked with proper US identification. The drone was in the process of being recovered by the Bowditch when it was seized by the Chinese vessel. Some are already wondering if this latest incident could be a precursor of war between the US and China.

So, what has led to the near brink of war between the US and China?

In the middle 1930s, Japan invaded parts of northern and eastern China, in their quest to expand their imperial territory. Before America became involved in the war, a number of American pilots traveled to China and flew war missions for Nationalist China. Once the US and Japan went to war in December 1941, the US military continued to aid China in their defense against the Japanese.

After the US defeated Japan, China was in need of financial help so they could recover and build from the effects of the Japanese invasion. Other than some small help from the Soviet Union, the United States was the only nation that really helped China recover. In 1945, the US placed Taiwan, the small island nation liberated from the Japanese by American forces, under control of Chek’s Kuomintang Nationalist Party.

In 1947, Taiwan residents protested China’s rule. China responded with a strong violent hand, killing thousands of Taiwanese, imposing martial law and banning thousands of them from any future political involvement.

In 1949, Chinese communists staged a civil war and drove the Kuomintang Party out of mainland China to Taiwan, along with about 2 million mainland Chinese. The mainland Chinese ruled Taiwan and won membership in the United Nations.

For the next 15-20 years, Taiwan flourished and built a thriving economy and trade with a number of nations including the United States.

In 2000, the government of Taiwan changed but was able to retain its independence from mainland China, although by this time, the Chinese government is doing its best to force Taiwan into submission to their control.

In order to court diplomatic relations with China, the US government took a neutral stand on Taiwan, basically abandoning them under Chinese pressure. At the same time, the US courted Chinese money to keep our government operating. The US now owes China $1.12 million.

In recent years, China has been flexing its muscle into the ocean with the construction of several artificial islands. They’ve also been conducting military maneuvers that some see as a military threat to Taiwan and others.

When Donald Trump won the presidential election, it was reported that Tsai Ing-wen, President of the Republic of China (Taiwan) called Trump to congratulate him on his victory. However, the liberal media instantly blew the entire phone call out of proportion in order to create an international issue between Trump and mainland China. The liberal media now claim that Trump had planned to make that call deliberately and that it was Trump that called Ing-wen instead of the other way around.

Was the seizure of the research drone by a Chinese navy ship an act of aggression just to see just how far they could provoke the US and get away with it?

What will lame-duck Barack Obama do in response? Probably nothing since the US cannot afford it if China recalls their debt and demands payment. After all, Obama has drastically weakened the US military to the point where I’m not sure we could stand up against a war with China.

What will President-elect Donald Trump do in response? Will he risk starting an international war with China?

This incident could well draw the attention of the entire world as they wait to see how strong or weak the US has become under 8 years of the Obama administration.