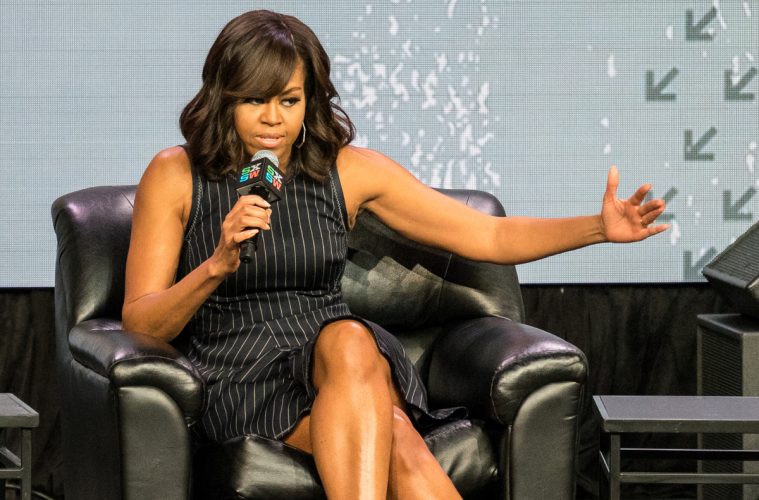 Over the past 8 years, I’ve heard some remarkable statements come out of the mouth of Michelle Obama. Sadly, many of them have been false or gross distortions of the truth. In keeping to her style, she has used her final White House interview to make one more distorted and ridiculous statement that only proves how biased and ignorant she really is.

I was watching CBS This Morning when I saw a few fleeting glimpses of an interview with Michelle Obama that is scheduled to air Monday night. In one of those clips, Michelle stated that America has lost all hope due to the election of Donald Trump. The way she said it made it clear that she was referring to ALL Americans and that ALL of us had lost ALL hope in our nation and future solely because of Trump’s victory over Hillary Clinton.

If Michelle Obama had any brains or sense of honesty, she would have to admit that the main reason Donald Trump was elected is due to the fact that America had lost ALL hope under the 8 years of her husband’s reign in office. Hillary made it known that she wanted to continue many of Obama’s socialistic policies that have been responsible for the destruction of our nation’s values and rights. In other issues, Hillary wanted to take harsher action in other Obama policies including immigration.

It’s also obvious that Michelle Obama has chosen to ignore a recent poll being reported by Bloomberg Markets that indicates the opposite of the First Lady’s claims. Bloomberg reported:

“On the surface, the message from the University of Michigan’s final reading of consumer sentiment for November is that President-elect Donald Trump will fix what ails the nation — fast.”

“The consumer expectations index of the survey rose by 8.4 points from October to 85.2 — a one-month gain last exceeded in the December 2011 — a testament to households’ optimistic view on the outlook for the U.S. economy and their own pocketbooks.”

If Michelle Obama were honest, she would have said that all liberals and Democrats have lost all hope of continuing the destructive policies that have changed our nation into something ugly and repulsive. She should have said that their plans to turn America into a purely socialistic or Islamic nation have been thwarted by the election of Donald Trump.

In another clip of Michelle Obama, she was asked if her husband had accomplished everything he wanted to accomplish and Michelle responded by saying that she thought he had.

Has she forgotten that her husband was able to pass the anti-Second Amendment gun control bills that he fought so hard to pass? Barack Obama pushed hard for the complete ban of all automatic, semi-automatic and assault-style firearms in the nation, but most of those efforts failed.

Does Michelle Obama fail to realize that her husband’s desire to grant citizenship to the 15-20 million illegal immigrants?

Does Michelle Obama fail to realize that her husband’s plans to bring tens of thousands of Muslim immigrants to America have been thwarted by conservative Republicans?

Does Michelle Obama fail to realize that her husband’s plans to place the US under United Nations control never materialized?

Does Michelle Obama fail to realize that her husband’s plans to stop oil and coal production and convert the nation to green energy have proven more failure than success?

Does Michelle Obama fail to realize that her husband’s desire to become the supreme dictator of the United States failed to happen?