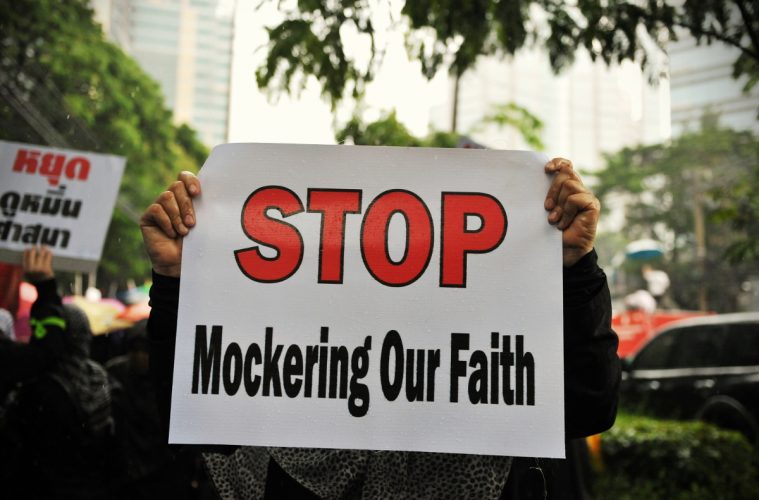 In an effort to avoid violence, a number of European nations have passed laws making it illegal to criticize Islam, while no such laws exist regarding Christianity.

It has been made clear by several European governments to their citizens that criticizing European migrant policies or migrants is ‘criminally off-limits’ and may lead to arrest, prosecution and including convictions.

These practices constitute police state behavior but they didn’t stop there. They went farther and are ensuring that Islam in general, is not criticized either.

In many parts of the Western world Muslims are demanding, and getting, preferential treatment. And in the process, freedom of religion is slowly being eroded. Muslims around the world are seeking to implement such censorship on all non-Muslims. It was reported in 2009 that, At the UN level, for example, Muslims are hoping to use UN Resolution 62/154, which has to do with “combating defamation of religions” to allow Islam to be above all criticism and critique.

The European country that recently adopted this policy of sanctions against those who attack Islam is Finland. A Finns Party politician, Terhi Kiemunki, was found guilty of “slandering and insulting adherents of the Islamic faith” in a blog post of Uusi Suomi. She claimed, in this post, that all terrorists in Europe are Muslims and the court found that when she wrote of a “repressive, intolerant and violent religion and culture,” she meant the Islamic faith.