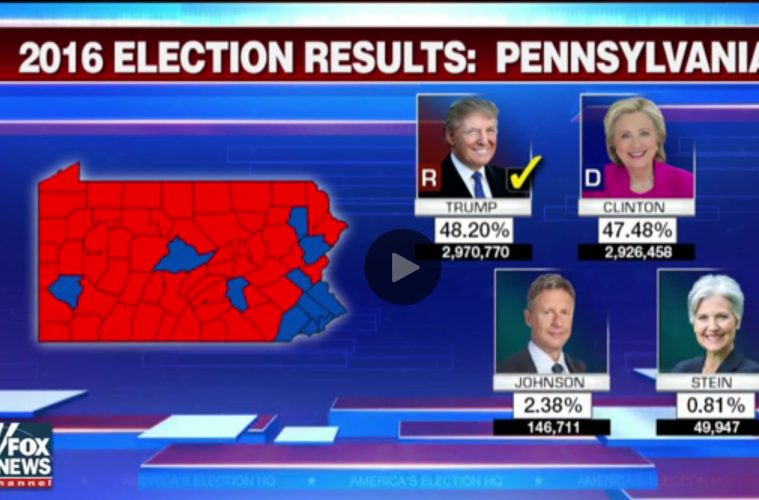 A federal judge dealt another blow Monday to the Green Party-backed push for a presidential election recount in key battleground states, rejecting a request to recount paper ballots in Pennsylvania and scan some county systems for signs of hacking.

The Green Party has made similar attempts at recounts in Wisconsin and Michigan, all states won by President-elect Donald Trump. But while the Wisconsin count is almost done, a federal judge halted Michigan’s recount last week – the decision Monday in Pennsylvania amounts to another setback for Jill Stein and her allies.

In his 31-page decision, U.S. District Judge Paul Diamond said there were at least six grounds that required him to reject the Green Party’s lawsuit, which had been opposed by Trump, the Pennsylvania Republican Party and the Pennsylvania attorney general’s office.

Suspicion of a hacked Pennsylvania election “borders on the irrational,” wrote Diamond, an appointee of former President George W. Bush, a Republican.