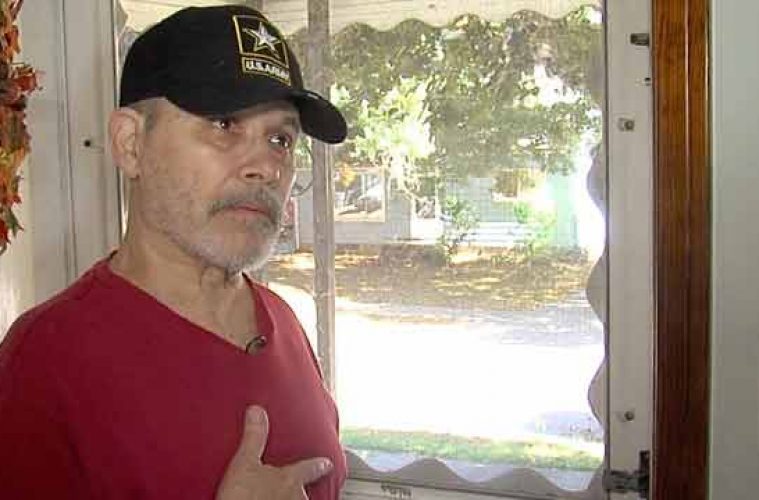 Givens came and knocked on Noggle’s door before running off. However, he returned again and at this point, Noggle realized that something was off about his neighbor. Givens then began forcing his way into the home.

Noggle yelled out, “You try to come in through this door, I’m gonna shoot you.” He continued telling reporters, “He said, ‘yeah, where’s the gun?’ and I pick it up. I said ‘This is the gun and you’re gonna get shot.”

Still, Givens thought he could get the upper hand, forced his way inside anyway and a struggle ensued.

Noggle was hit several times before he was finally able to position himself and shoot Givens in the ankle. Givens then promptly left Noggle’s home and officers found him at his own home just a few doors down.

Givens was treated for a gunshot wound and, since it was not considered life threatening, was then placed in jail. He is now being held at the Summit County Jail, with charges of assult and aggravated burglary.

But Noggle said this wasn’t the first time he – or others in the neighborhood – have had issues with Givens either. In fact, Noggle said he previously confronted Givens after he caught him peeping into his neighbors’ windows.

I think Noggle handled the situation well. I am glad he had his gun handy in order to protect himself. What would you have done in this situation?