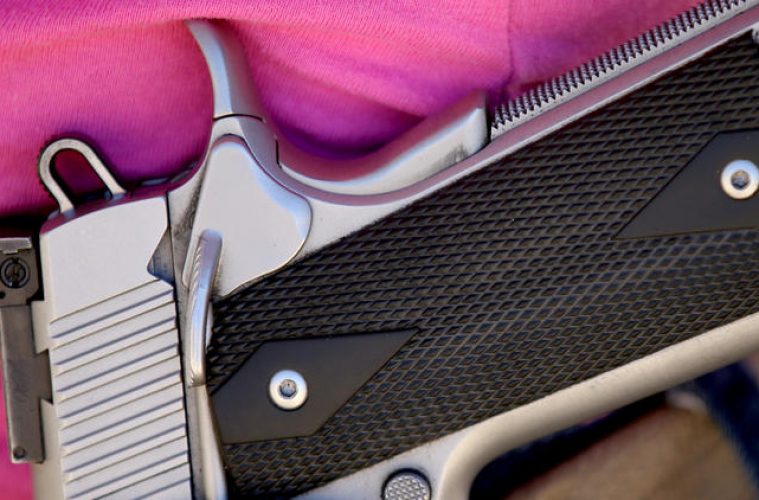 After the fatal Pulse Club shootings, which killed 49 people in Orlando, there were many mixed feelings among the LGBT community on guns. A large group formed called “Gays Against Guns” and came after 2nd amendment rights. However, there is now a LGBT group, the “Pink Pistols,” who are embracing them.

Jonathan Fischer, a 38-year-old TV editor and also happens to be gay, made his appearance last month to a defensive handgun class. He adorned a Glock 27 pistol on his side, and a T-shirt displaying a rainbow-colored AK-47. He call this his “gay-K-47.”

For all the anxiety Orlando has caused, many gay activists say becoming armed is not the answer.

“Some people say you need a gun to protect yourself from the bad guys. We just fundamentally disagree with that,” said Rick Zbur, executive director of Equality California. “We don’t want to live in a world where you have to be packing heat to live your daily life.”

However, this is what Fischer had to say about that: “If someone was to try and break into my home, and especially if someone were armed, I don’t want to fight back with a kitchen knife, and I don’t think that’s extremist or crazy.”

He is absolutely right. He has every right, and the 2nd amendment, to protect himself. Many people can take a lesson from him.