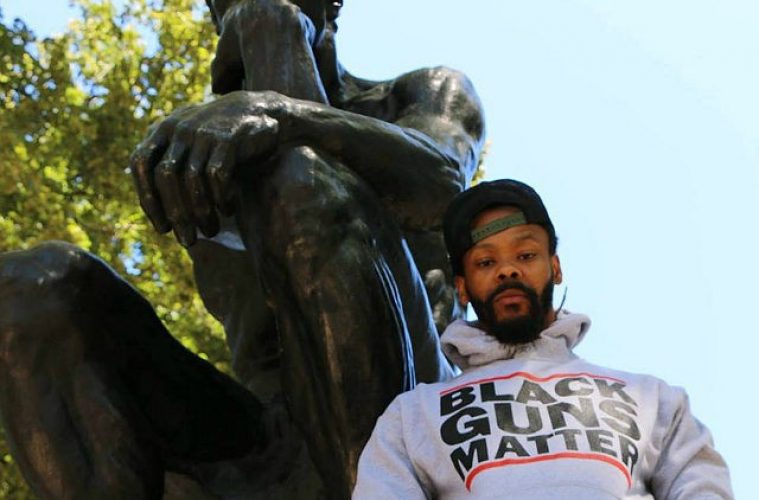 Maj Toure, a gun rights activist has launched a 13-city tour promoting BGM, or “Black Guns Matter.” He is targeting cities such as Chicago and Baltimore, that have high gun violence. By doing this, he feels that gun awareness and training could make a world of difference.

Toure recently did an interview with Ebony magazine. He stated that there is a great amount of ignorance surrounding the 2nd Amendment.

“There’s so much ignorance around the Second Amendment, especially in the ‘hood. The general public thinks if you have a firearm, then you’ve got to be this horrible person. [But] having a firearm and being a responsible gun owner is good citizenship. You can protect against negative portions of the community and law enforcement. Anybody not trying to do the right thing is a tyrant or a terrorist, for lack of a better term. We created something that would address that, as opposed to complaining about it.”

When Ebony magazine questioned Toure on how he planned to focus on black guns in particular, he responded with, “Well, its not necessarily about the actual firearm so much for us. It’s about the safety and training around guns.” He is completely right. He even went on to explain that American citizens can have all the rights we want but if we do not have a way to defend and maintain them, then it is pointless. Toure says, “A bully doesn’t stop bullying because you’re just saying stuff. A bully stops bullying because you pushed back.”

If I could post that twice, I would. He hit it right on the nail.

The magazine also inquired on whether the Black Guns Matter and the Black Lives Matter would intersect or be in affiliation with each other. Toure was quick to assure that the groups serve completely different purposes and are not affiliated.

“We don’t really have an affiliation with BLM. We understand there’s a struggle. Everybody’s trying to fight against prejudice and tyranny. In that sense, I could see how people would make that association, but we’re totally separate organizations. BLM, as an organization, to me, has put a face on [the movement] and gave it a name. But these things have been happening [in America] for a minute, as we all know.”

BGM focuses on strategic advice and help. They are about information, and training people. The organization wants to teach people how to properly use a gun, not take them away. The group does not march, protest, or riot.

Somebody get this man a medal, because he is already changing the game.