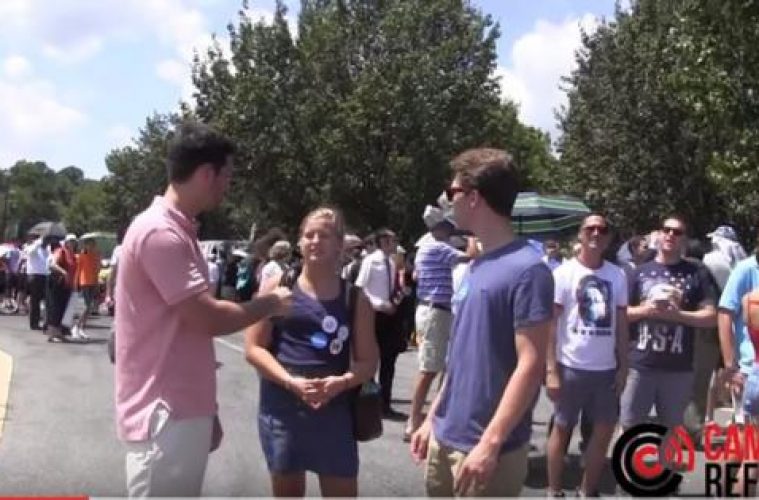 It is no secret that Hillary Clinton is adamantly supportive of gun control. She naively   believes that most of the American population is in favor of her nonsense. When, in reality, it is only the brainwashed liberals.

At a recent Hillary event in Virginia, the College Reform began asking her supporters some questions regarding the 2nd amendments.

Many of them were stating that human lives were more important than having guns. I had to face-palm at this comment. Do they not realize that legally carrying is TO PROTECT HUMAN LIVES?? Do you think that the criminal will think about your life  before pulling the trigger during a robbery? No, they won’t. However, the guy standing next to you just might be able to save your life with the gun he legally possesses. Keep that in mind.

“Do you think it would be a good idea to repeal the Second Amendment?” Campus Reformasked.

“In an ideal world, if the NRA wasn’t around, would you think it would be a good idea?” we asked.

Another Hillary supporter echoed the sentiment saying, “yeah I think it would be a good idea. I hate the NRA.”

“Yeah, totally; I mean it’s kind of ridiculous to me that, yeah, the Constitution is great and everything, but you have to remember that people made these, humans make mistakes and it was written hundreds of years ago,” another millennial replied.

After hearing some of the downright embarrassing responses from such uneducated millennials, I am ashamed to share a generation with them.

For more on the story, visit College Reform.