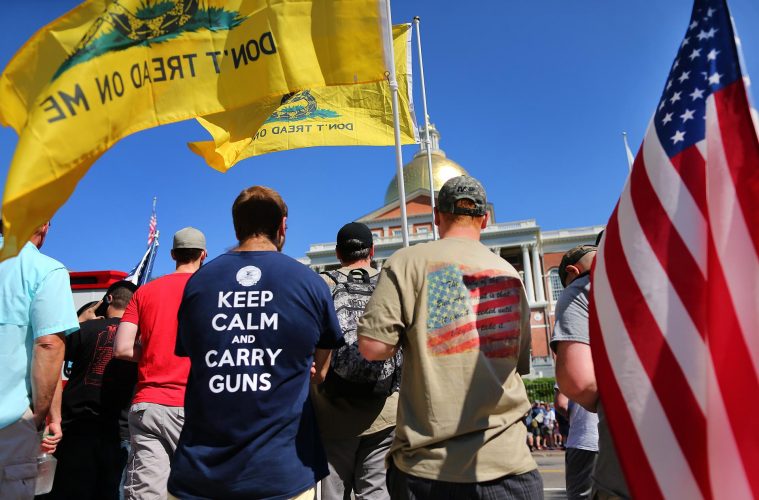 Last Saturday morning, hundreds of gun-rights activists rallied in front of the state house in Massachusetts. The protest, led by the Massachusetts Gun Owners’ Action League, was organized to rebuke the restrictions made on copycat assault rifles, made by Attorney General Maura Healey.

Healey issued an order to the state’s 350 gun dealers, effective last Wednesday, requiring them to stop selling copycat, or slightly altered, versions of common semiautomatic rifles like the AR-15. She argued that gun sellers were exploiting a loophole in the state’s 1998 assault weapons ban in order to sell functionally identical firearms, 10,000 of which she said were sold last year.

“The gun industry doesn’t get to decide what’s compliant,” she said at a press conference Wednesday. “We do.”

However, despite her efforts to debunk the sales of the copycat guns, there was a spike in sales following her speech.

This jump was nearly a quarter of the total of guns sold from the previous year.

In addition to the gun owners and the Massachusetts Gun Owners’ Action League, there were also two dozen legislators who came to back the activists. They referred to the legislative session as “reinterpretation without representation.”

Healy announced that she will not prosecute citizens who purchased the guns before her ban. However, many of the gun owners are not buying it. They expect there to be unfair repercussions for owning the copycat rifles. Many of the protestors felt like Healy made legal gun owners “felons-in-waiting.”

While many of the activists had to make last minute changes to their busy schedules in order to come, they felt it was very important to show up.

“It’s tough on a Saturday. People have kids. People have to rearrange everything,” said Lee Stein, 53, of Chelmsford. “But it’s important.’

I think we can all take a lesson from the American citizens of Massachusetts. We absolutely cannot stand for any type of infringement upon our 2nd amendment rights. Some may argue that they feel Healey is simply trying to make the streets safer. However, we cannot compromise a little bit of “safety” for our rights to legally bear arms. As Benjamin Franklin stated in the historical review of Pennsylvania in 1759, “They that can give up essential liberty to obtain a little temporary safety deserve neither liberty nor safety.”

For more information on the story, visit www.bostonglobe.com.